By the end of the Second World War, many of the grave sites within the Cementerio Viejo were occupied or reserved for future use. To address this, the Centro decided to purchase and develop land for a second cemetery, Memorial Park, nestled among the cemeteries of the non-Latin establishment in east Tampa. The decision to invest in another property some distance from its traditional core neighborhoods reflected the club’s enthusiasm and confidence in the future, which mirrored that of the country as a whole. What could not have been imagined at the time is that the post-war economic and baby boom would have profound consequences for the club as it did for the nation. The flight to the suburbs to escape an aging housing stock and partake in the new way of living in “the suburbs”, as well as expanding opportunities for employment not related to the cigar industry brought to an end the cohesiveness of the traditional barrios of Ybor City and West Tampa and Palmetto Beach. Assimilation had taken root, as had other means of receiving health care protection and more recently, other ways of dealing with the inevitable end of life decisions. Taken together, these factors, along with a declining membership base, has resulted in considerable capacity at Memorial Park, as well as continuing challenges going forward for adequately maintaining the property.

The club recently converted its grave registry into a digital form so that it can be viewed from different perspectives. Efforts will continue to confirm the accuracy of the record, as well as to make certain that it is as up to date as possible. We welcome corrections and additions. 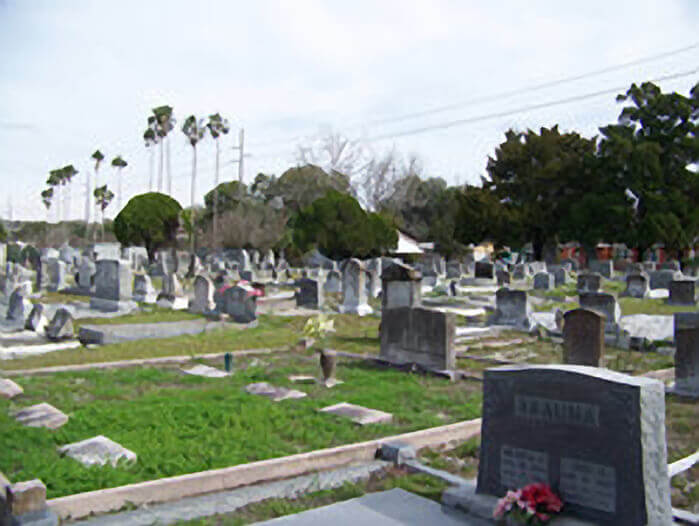 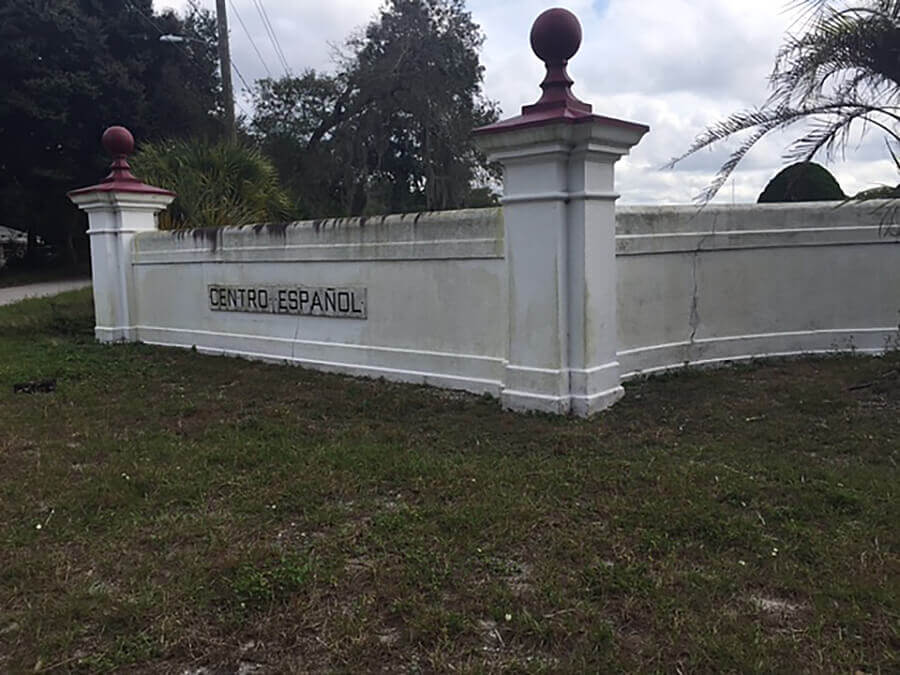 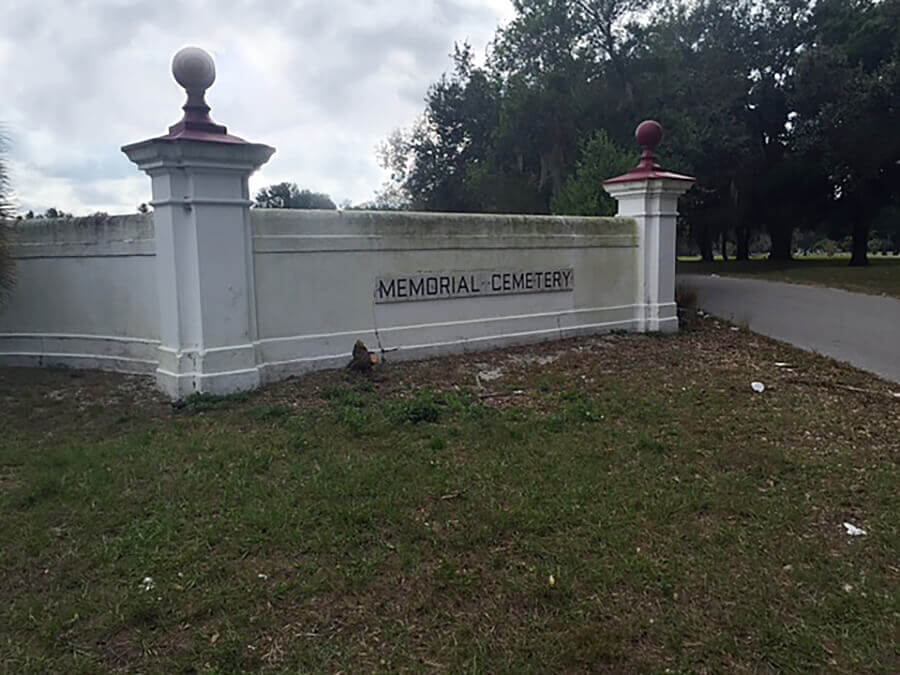 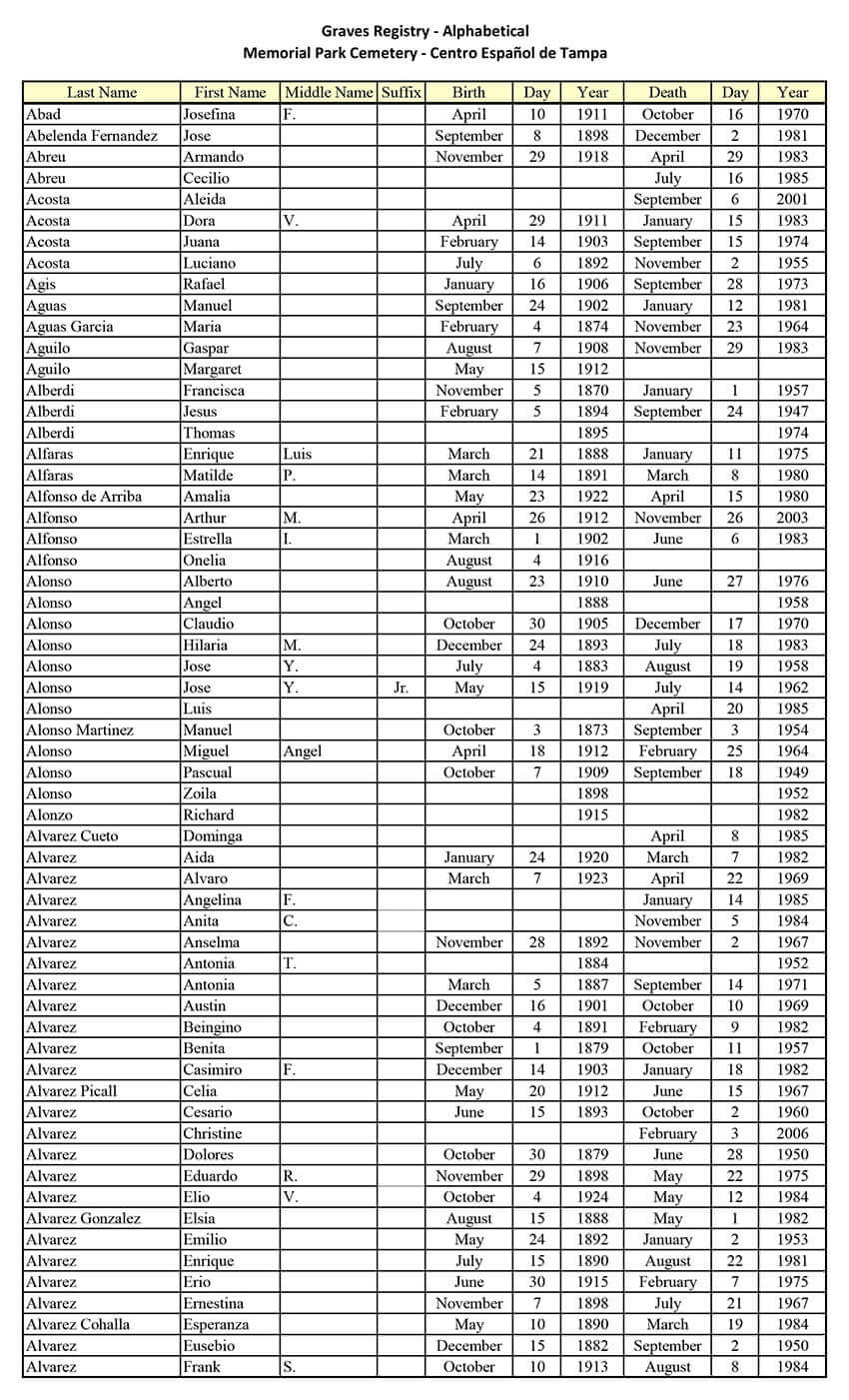 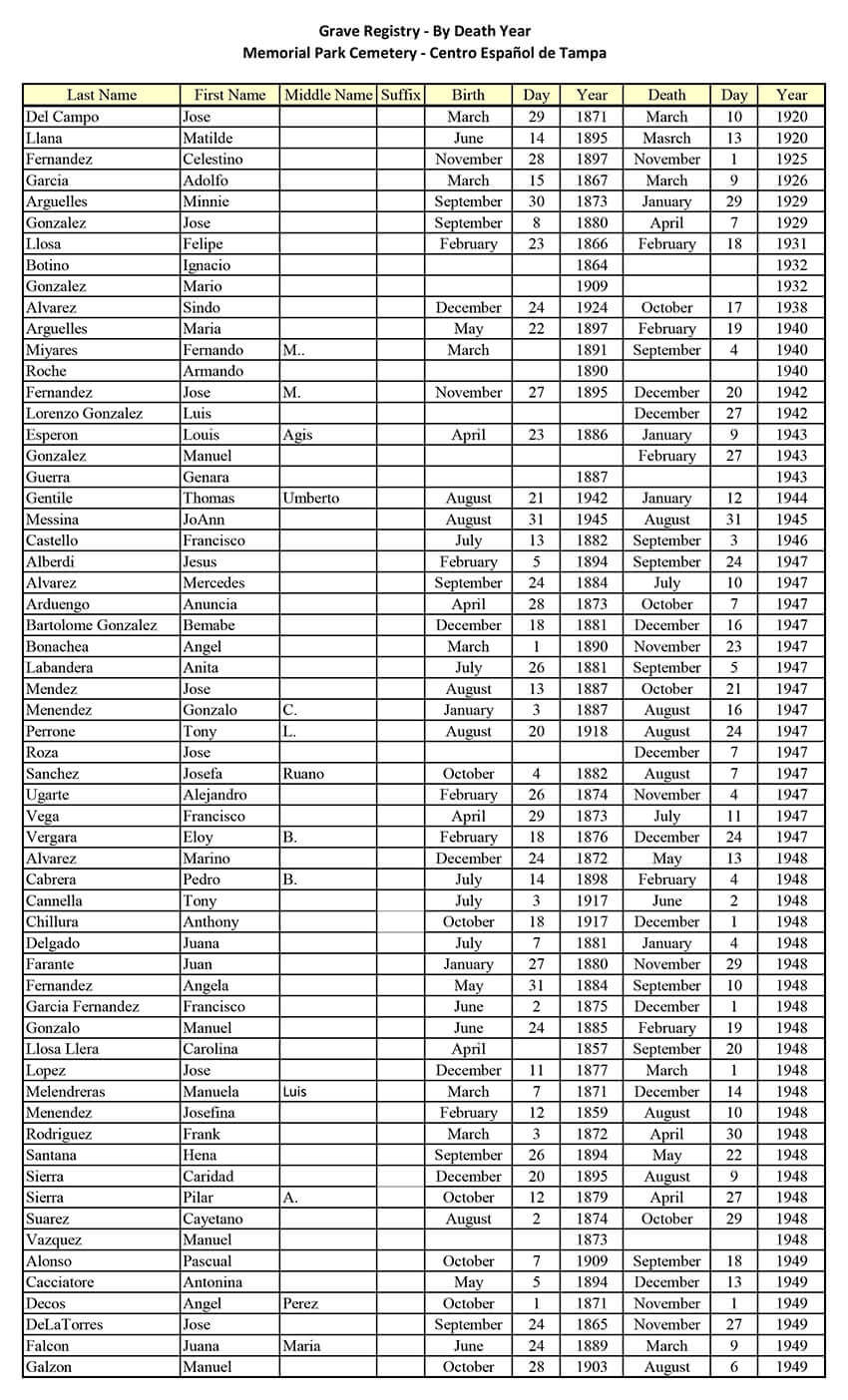